Ecstasy and its dangers: ecstasy a drug more and more popular

Ecstasy is a drug more and more popular close to young people, particularly in raves party. If this drug brings a feeling of relax and a desire to approach others, it nevertheless includes grave dangers, very often minimized, even published by its consumers. Zoom on ecstasy, this drug that it is also called “love pill”…

Ecstasy, what is it ? Sold under ecstasy name, the product often contains other drugs that MDMA, whose effects can be similar or not to those of MDMA. Among those drugs, we find ephedrine, caffeine, amphetamines, ketamine, dextromethorphan or LSD. Ecstasy may sometimes contain very toxic drugs, as PMA (paramethoxy-amphetamine) which can be mortal, even with feeble dose.

MDMA has for effect to modify serotonin rate and dopamine rate, two important neurotransmitters of nervous system which modify our mood and our behaviour. Serotonin is a chemical substance which play an important part on mood regulation, appetite and energy plan. Concerning dopamine, it has for effect to anaesthetize pain; besides it is which allow to dance hours without tiredness.

Ecstasy tablets are different in colour, form and size. The majority of time, they are stamped by a logo, which does not constitute in any case a proof concerning quality or origin from drug. In fact, different makers can use the same logo. 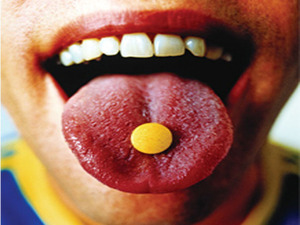 ecstasy, a drug, a danger
Ecstasy effects depend on various factors, in particular age, weight and medical or psychiatric state of the consumer; the quantity absorbed, consumption frequency; absorption method, use duration, ambient environment and consumption simultaneous of alcohol and other drugs.

Thirty minutes after ecstasy ingestion, the first effects make feel, namely happiness and a physical and mental well-being sensation, inhibitions disappearance, self-confidence increase, a profound relax and perceptions modification. Those sensations transform in euphoria which persists from three to six hours. Ecstasy facilitates equally physical contacts between people, it is besides the reason why it is nicknamed "love pill".

The good mood, relax and mind opening are not the unique ecstasy effects on organism. The person who consumes MDMA can have lots of negative symptoms, as shuffled view, an increase in bodily temperature, an excessive perspiration, risking to lead to dehydration to a gnashing of teeth; to jaws pain, to anguish, to nauseas, to convulsions, to vomits, to an increase of arterial tension and of cardiac rhythm- that can be lead to renal or cardiac insufficiency but also cerebrovascular accidents or epilepsy crisis.

In the long term, ecstasy may have grave consequences, opposite to effects searched by consumers. Like that, depression, anxiety, insomnia, loss of weight, memory loss, dental problems, cramps, shivers, nauseas, fever, mental confusion and even personality troubles can be generated by MDMA taking.

People suffering from elevated arterial tension, from diabetes, from heart problems, from liver problems, from epilepsy or any mental trouble remain particularly vulnerable to ecstasy dangers. 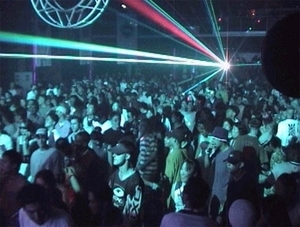 rave party
Ecstasy is neither a sexual drug nor an aphrodisiac. Nevertheless, it gives a feeling of empathy and well-being with others. It is particularly consumed in raves and afterhours, where it constitutes -for many young people- one of the indispensable elements of a succeed night.


When it provokes a desire to approach other, to speak with them and to touch them, ecstasy makes atmosphere sensual and warm. That is this physical and psychological approach which is searched trough ecstasy. Difficulties in adult life, stress generated by work, studies and conflicts push young people to look for love, affection and relax. If in society, it is difficult to satisfy those three needs, it is, at the opposite, very easy to fill them during raves parties and even more consuming ecstasy.

Whereas certain of the effects of ecstasy can seem attractive, we have not to fail into the trap. Mental and physical reactions (relatively positive – that feel certain MDMA consumers are in no case a warranty security. Once again, numerous factors enter into account concerning organism reactions face to ecstasy. Whereas certain “only” will suffer from insomnia, other will be gravely ill and other will be able to die.


Reading suggestion in the same themes: